At Audi, piloted driving means safe, comfortable driving in partnership. Because of this, the company has been actively involved in the Ko HAF research initiative, which develops standards and solutions for cooperative highly-automated driving. Audi will introduce piloted driving in the next generation of the Audi A8.

Audi is participating in the “Cooperative Highly-Automated Driving” initiative (Ko‑HAF). The aim of Ko‑HAF is to develop standards and technologies that enable cooperative driving between highly-automated vehicles in everyday road traffic – for example merging with traffic on highways. The project work covers various subject areas from computer simulations to test drives on closed sites and later on public roads. In addition to Audi, other German car manufacturers, suppliers and universities are involved in the project. The initiative is funded by the German Federal Ministry of Economics and Energy.

Audi is actively involved in all subject areas within the research initiative. These include:

For years, the brand with the four rings has been carrying out pioneering work in the area of piloted driving. As a result of this, a driverless Audi RS 7 Sportback* completed a circuit of the Grand Prix track in Hockenheim at race speed in October 2014. In July 2015, a further developed Audi RS 7 piloted driving concept completed a series of faster laps on the Californian Sonoma Raceway. Both cars showed how precisely and safely Audi has mastered piloted driving even at the outer limits of physics.

Audi has also recently conducted successful testing on public roads. At the beginning of 2015, an A7 piloted driving concept with a large number of series production and near-series production technologies on board drove from Stanford in Silicon Valley via Bakersfield to the Consumer Electronics Show (CES) in Las Vegas. At CES Asia in May 2015, journalists also had an opportunity to experience piloted driving – in the heavy traffic of the Shanghai city highway. On the basis of these findings, Audi has prepared integrated strategies for piloted driving. Cooperative behavior, e.g. at highway entrances, plays a central role here.

The technologies for piloted driving stand for safety, partnership, time-saving, efficiency and comfort. Audi will introduce these to series production in the next generation of the A8 luxury-class sedan. In the first phase, the new systems will be able to take over the driving when parking or in stop-and-go traffic on the freeway up to 60 km/h (37.3 mph).

Fuel consumption of the models named above: 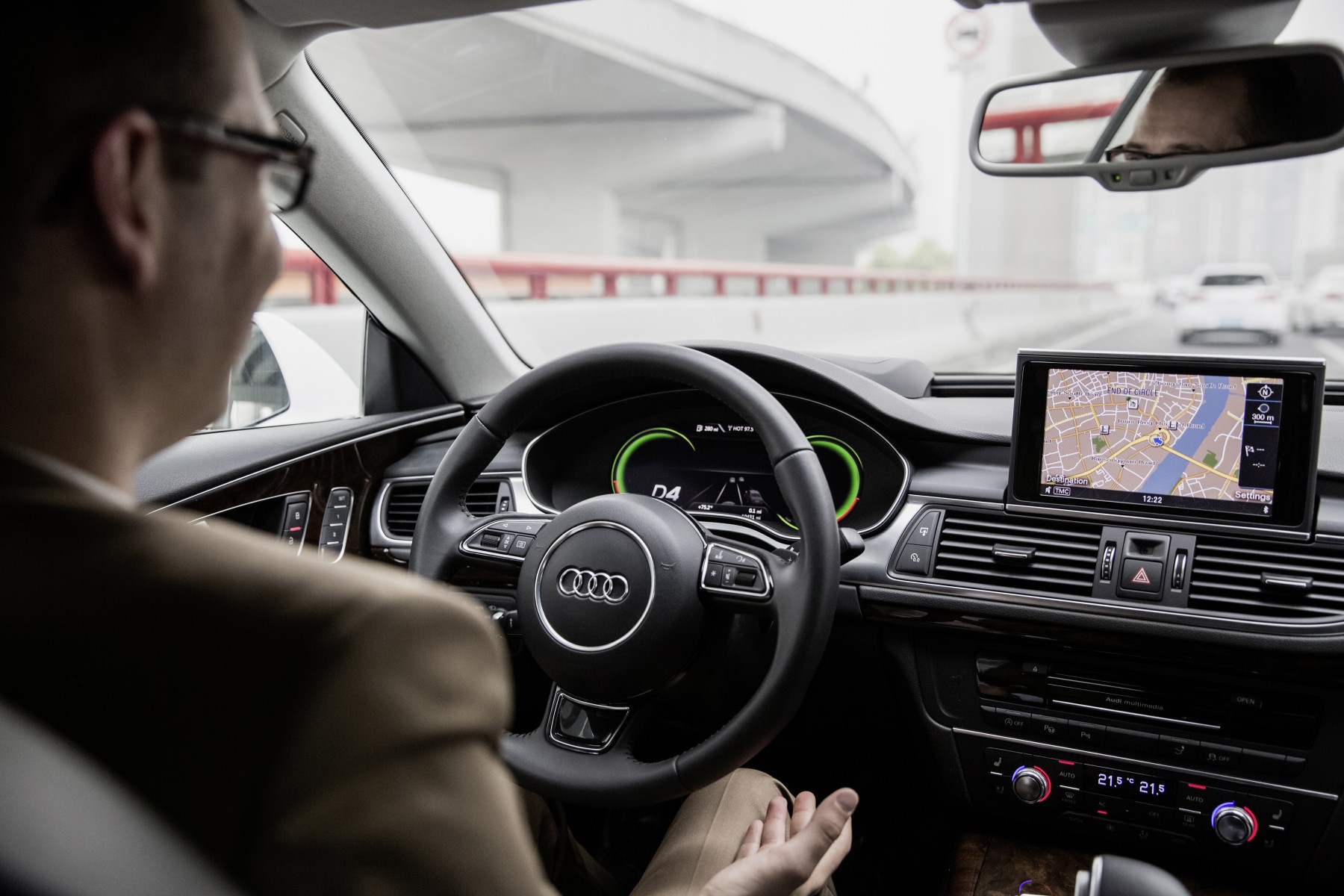